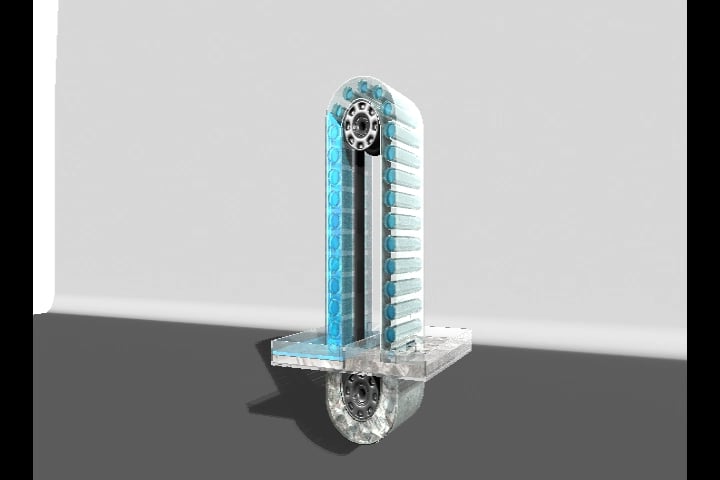 The process of Restless Orbital Displacement

The science of gravity turbine technology

The process of amplifying the potential energy that can be produced by the gravity turbine with extreme power possibilities as well as space applications.

The restless orbital displacement process has no theoretical  parts every principal is firmly rooted in physics and easily quantified. the mass contained in the following depiction has lift on the left side in the form of buoyancy and downward force acting on the right side and the heavy liquid upward displacement can be regulated by increasing or  decreasing the surface contact area within the horizontal mass displacement tanks.

The process of harnessing the force of gravity

This page is dedicated to the task of explaining the process (restless orbital displacement)  required to utilize gravity as  a free and endless energy source.

In this example the left side of the gravity turbine has water resting on liquid mercury, with mercury being 8 times heavier than water. The two horizontal tanks are designed to reduce the vertical rise of mercury displacement from the left tank to the right eliminating the fluid mass within the tubes ability to reach equilibrium. The tubes are connected by a belt and pulleys to allow low friction movement. The tubes are filled with water and made of plastic with a water filled weight of one pound each.  The water column resting on mercury displaces 1/4 inch mercury level increase to the right mass distribution chamber off-setting 25 percent of one vessel leaving 10 pounds downward force on the right side and a slight lift on the left due to the tubes material buoyancy in water. *Note that the horizontal mass distribution chambers can be expanded to the point of almost eliminating the mercury level deficit from the right side of the turbine to the left and air can be placed in tubes to reduce water column weight resting on mercury. ***** Gallium can be used in place of mercury at temperatures above 85.56F-****